Entire industries are in crisis mode already and it is going to get worse.

We tend to deal with Labor Shortages on a very tactical level.  We look at weekly unemployment applications, monthly employment rates, current job opening and workers to fill them and so on.  That view has bred a certain myopia to what will be a very long term business challenge that is only going to get more extreme and impactful.

Part of the reason for the short-term view is our own history.  Every time we think we are in The War for Talent, as in the late 90s, we have experienced a course correction in the form of a recession.   Recession has led to massive disruption in the workforce and relief on the labor shortage side for employers.  This cycle, it may be assumed, will happen again and again and keep us from accepting and dealing with the new reality that labor shortages have only begun to be really felt.

The data analysis tells me that will not happen this time.

Today we are SOLD OUT.   Let’s start there.

According to the Bureau of Labor Stats, we have nearly 7 million open jobs and a maximum total of 6 million available workers (I believe this is high).  We have more jobs than people.  By a lot and growing.

Some industries are already feeling the heat.  Just to name a few: 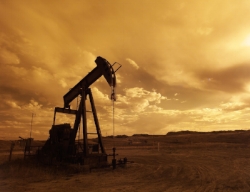 And it only gets worse.

Now, add in the unavoidable looming macro employment and population changes that are upon us.

We have a problem.  A business problem.  And it is going to get worse.

Smart businesses are at least recognizing that this labor shortage may actually last a while and is so severe as to hamper the flow of goods and services to market.  The entire economy hangs in the balance.  At least the fate of the company does.

Progressive organizations are doing a much deeper dive into this problem, leveraging new technologies and Big Data Analytics as one part of the solution.

One of our smartest clients is diagnosing the causal relationship between numerous business factors and higher than acceptable employee turnover.  They have actually quantified the business impact of each % point of turnover in terms of Revenue and Earnings.  That has gotten the CEO’s attention and serious remedy actions are being taken and then measured through Predictive Analytics to gauge the result as measured by turnover.   That, in turn, is allowing for better predictive view of the overall financial health and future earnings of the company.

Over the next 10 years, many companies and industries will do the same.  This has gone from an HR challenge to a business problem.  It is on the CEO radar right now. 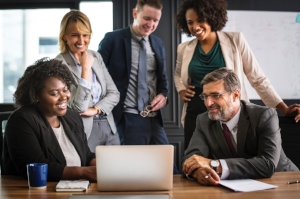 There will be many approaches to handling the looming labor shortage crisis but the common thread will be Data Analysis.  We now have the historical data that can inform future remedy.  We just need to go mine it effectively and then deliver it to the CEO’s desktop so that they may take appropriate action in concert with HR.

It is time for HR Leadership to flex your muscles, fully leverage the data you have collected, and drive real business value that may actually be the difference between success or failure of your company.